This Week in History: August 28 – September 3

The beginning of World War II. 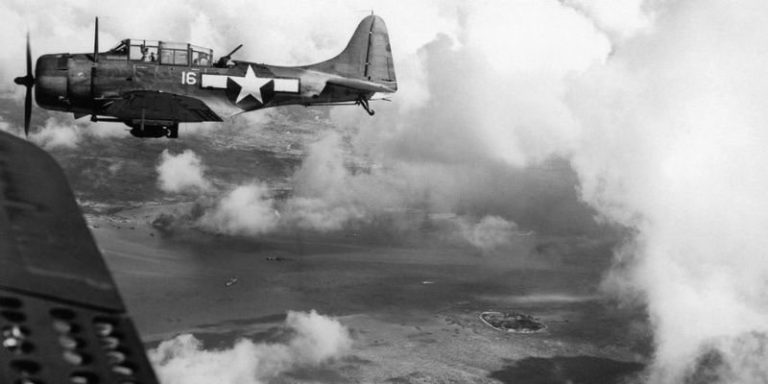 (Photo by: Pictures From History/Universal Images Group via Getty Images)

“History, despite its wrenching pain, cannot be unlived, however, if faced with courage, need not be lived again.” ~ Maya Angelou

On this day, more than 80 years ago, German forces were sent to invade Poland. The situation triggered World War II as other countries got involved. SMS Schleswig-Holstein, a German battleship that had also been active in World War I, opened fire on a Polish fortress. The German troops stormed the area by land, sea, and air, overwhelming the Polish. This became known as the “blitzkrieg” or “lightening war” strategy – fast attacks from many angles, aimed at surprising and quickly defeating an enemy.

World War I ended in 1918, and Germany was on the losing side. At the end of the war, Germany signed the Treaty of Versailles (1919) in which it lost some territory, including a portion of Poland. It also had to pay a lot of money to the Allies, who had been victorious in WWI. Over the next decade, Germany suffered from a bad economy and money problems. Amongst this chaos, the Nazi Party rose to take over the country, lead by Adolf Hitler. Hitler blamed Germany’s problems on the Jewish population, and the Nazis began to persecute Jews as well as other groups.

During the summer of 1939, France, Great Britain, and the Soviet Union (Russia) tried to form a three-way alliance against Germany, but Poland did not want to let Soviet troops enter its territory. The Polish commander-in-chief said, “With the Germans, we risk losing our freedom, with the Russians our soul.” Germany and the Soviets signed a separate peace act on August 23 that secretly divided Poland between them. Hitler, though, thought this was his chance to regain lands lost after WWI. He told his military commanders to attack Poland, saying, “The way is open for the soldier, now that I have made the political preparations.”

To make the attack seem more legitimate, Hitler said Germans were being persecuted in Poland and claimed self-defense. But the Polish were not behind the events. Instead, a scheme was staged by the Nazis. In a border town called Gleiwitz, Germans dressed as Polish soldiers took control of a German radio station and broadcast an anti-Nazi message in Polish. Then they staged a fight to make it look like Polish saboteurs had attacked the station.

Hitler wrote: “The Polish State has refused the peaceful settlements of relations which I desired, and has appealed to arms. In order to put an end to this lunacy, I have no other choice than to meet force with force from now on.”

Nazi leaders didn’t think Great Britain and France would get involved, but three days after the invasion of Poland, those countries responded with bombing raids over Germany, and World War II had officially begun.

August 28, 1963: The March on Washington. More than 250,000 people went to a civil rights rally in Washington, DC, where Martin Luther King Jr. made his I Have a Dream speech.

August 29, 1991: The Soviet Communist Party was suspended after hardliners from the party staged an unsuccessful coup against President Mikhail Gorbachev. The party was soon dissolved, and the Soviet Union collapsed a few months later.

August 31, 1786: Shays’ Rebellion began. Led by Daniel Shays, an ex-Revolutionary War captain, a mob prevented the Northampton Court in Massachusetts from holding court – mostly for people who owed money, farmers, and poor ex-soldiers. The rebellion lasted for nearly two years, and the rebels said they were standing up for the poor, whose money and possessions were taken by the courts.

August 31, 1997: Britain’s Princess Diana died after being pursued by photographers which led to a high-speed chase and car crash.

September 1, 1715: King Louis XIV of France, the “Sun King,” died. He was only five years old when he became ruler, and he reigned until his five-year-old great-grandson, Louis XV, succeeded him.

September 2, 1666: The Great Fire of London began. It started in a bakery near the Tower of London and burned for three days.

September 2, 1752: The British stopped using the Julian calendar and went to the Gregorian calendar. September 2 (a Wednesday) was followed the next day by September 14. Some say this caused a riot because people wanted those 11 “missing days” back – but other historians say the story is exaggerated.

September 2, 1789: Congress established the third department in the presidential cabinet, the US Treasury.

September 2, 1870: During the Battle of Sedan, Napoleon III surrendered to the Prussians, causing the fall of the Second French Empire. September 2, 1930: Dieudonné Coste and Maurice Bellonte, French aviators, made the first flight from Europe to the US non-stop.

September 2, 1962: Soviet Russia sent weapons to Cuba, but the shipments were found by the US. This led to the Cuban Missile Crisis a few weeks later.

September 3, 1833: The New York Sun began, starting the “penny press” newspapers that were sold by newspaper boys on sidewalks.

Johann Wolfgang von Goethe (August 28, 1749) was born in Frankfurt am Main, Germany. An author and philosopher, he is most known for his 1831 poem Faust. Oliver Wendell Holmes (August 29, 1809) was born in Cambridge, Massachusetts. He was a physician and author and wrote the poem Old Ironsides in the 1830s, which helped to save the historical frigate USS Constitution from destruction. He wrote: “A moment’s insight is sometimes worth a life’s experience.”

John Locke (August 29, 1632) was born in Wrington, England. A philosopher and political thinker, he inspired Americans on the importance of having certain rights such as life, liberty, and property.

Mary Shelley (August 30, 1797) was born in London. She is the author of Frankenstein.

Roy Wilkins (August 30, 1901) was born in St. Louis, Missouri. The grandson of a slave, he was a civil rights leader and active in the National Association for the Advancement of Colored People (NAACP).

Edgar Rice Burroughs (September 1, 1875) was born in Chicago, Illinois. He was the creator of Tarzan of the Apes.

Rocky Marciano (September 1, 1923) was born in Brockton, Massachusetts as Rocco Francis Marchegiano. He was a boxing champion who retired in 1956 as the only undefeated heavyweight champion.