Guardians of The Galaxy?

The Navy has sailors. The Army has soldiers. Now, it’s official: The Space Force has “guardians.” Vice President Mike Pence announced the new name during a White House event celebrating the first anniversary of the latest addition to America’s Armed Forces. The vice president stated: “We’re leading in space, but our determination … is to stay in the lead to defend America and defend our freedom from [the vantage point of] space.”

The name Guardians has a long history in the U.S. Armed Forces, as Mr. Pence explained: “tracing back to the original command motto of Air Force Space command in 1983, ‘Guardians of the High Frontier.’”

The USSF Guardians will perform like America’s other military branches that protect the land, air, and sea. The only difference is they will focus their efforts on space – where our communications satellites are positioned. If you think about it, Space is really important to our economic system. It assists us every day in making phone calls, getting directions, and surfing the web, too. First responders use Global Positioning System (GPS) technology in times of emergency or disaster. When people spend money using a debit or credit card, they’re probably tapping into our satellites in space.

There are 4,000 Guardians now, and two bases have been renamed and redesignated in Florida. The force must surely be with them as they protect America from enemies at home and abroad.

Part of the perks of being the United States president is the ability to make federal or “presidential” pardons. Every president has the right to forgive federal crimes by pardon. The power comes from Article II, Section 2. Clause 1 of the Constitution. Along with forgiveness for the crime itself, the pardon also reinstates the right to vote, hold elected office, and be part of a jury. Presidential pardons are often controversial though. For one thing, people who get pardons have been convicted (or might be convicted soon) of some federal crime. On the other hand, the president’s opponents usually oppose the pardons and make a fuss about them. Because this could hurt a president’s chances at re-election, most presidents do the most of their pardoning at the end of their terms after the elections. 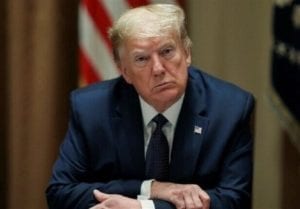 President Trump is in the process of pardoning people who have been convicted of federal crimes. He commuted or rescinded 94 sentences. The list includes retired United States Army lieutenant general and 25th National Security Advisor Michael Flynn, Sheriff Joe Arpaio of Arizona, and Alice Johnson, a woman sentenced to life for a first-time drug offense.

Nearly every president has exercised that right; only two in the nation’s history have issued zero pardons. Presidents William Henry Harrison and James Garfield were the only two, and they both died shortly after taking office. They simply didn’t have time to issue any pardons!

But perhaps the most controversial of pardons were granted by President Andrew Johnson.  Shortly after President Abraham Lincoln’s assassination, Andrews pardoned Samuel Arnold, Samuel Mudd, and Arnold Springer: The three men were convicted of conspiracy to murder Lincoln.

A Bridge for Wildlife

It’s working! Utah built a bridge – called the Wildlife Overpass – across a stretch of Interstate 80 in 2018. So far, it seems to be working. A new video from the Utah Department of Transportation (UDOT) shows deer, moose, elk, small mammals, cougars, and coyotes using the expanse to cross six lanes of traffic safely. The bridge is 50 feet wide and 320 feet long, and with three and a half miles of gradual fencing, it guides animals calmly and safely to the overpass. The bridge’s location was selected on local species migratory patterns, and cameras mounted on the bridge’s guardrails and fencing show it was a perfect location. And instead of taking five or more years as experts warned, it was quickly utilized by the intended travelers – saving countless lives of wildlife and interstate motorists. In the two years before the overpass was built, UDOT recorded 106 collisions between vehicles and animals.

Official results of the live-saving plan will not be seen for years. But according to Western Transportation Institute at Montana State University: If Utah’s bridge is like others across the country and around the world, they will likely see rates of vehicle and animal collisions drop between 85-95%.  And that, according to UDOT, is well worth the investment.