The impeachment trial of Donald Trump is underway. The trial is being conducted in the Senate, after the House of Representatives voted to impeach the president.

As the trial began, Democrat impeachment managers laid out their case for why President Trump was guilty of abusing his power and of obstructing the House investigation into the allegations against him. They argued that Trump used his office to force the Ukrainian president to open an investigation into his political rival, former Vice President Joe Biden.

Next came the defense team of lawyers. The main thrust of Trump’s defense argument is that House Democrats are attempting to influence the upcoming 2020 election by criticizing President Trump. They point to omissions in the evidence presented by the Democrats.

After the defense team has used its allotted time to present arguments, the 100 members of the Senate must vote on whether the arguments made by either side warrant the calling of witnesses or new evidence. For this vote to pass, it requires just a simple majority, 51 votes.

When all arguments and pieces of evidence are given, the Senate must vote on Trump’s guilt or innocence. It will require a two-thirds majority to remove President Trump from office.

A new disease has been spreading to various countries from its point of origin in the city of Wuhan, China. It is being called a “coronavirus.” 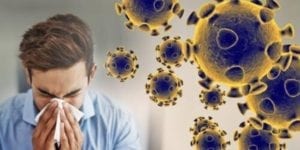 China has quarantined Wuhan and 11 other cities. Nearly 3,000 cases have been recorded, as well as over 100 deaths. More than ten additional countries have confirmed cases, including the United States.

Nancy Messonnier, director of the U.S. National Center for Immunization and Respiratory Diseases, told reporters that risk to the American public is “low,” but added:

“We don’t have all the information at the level of detail that our scientists would prefer. You know CDC [Center for Disease Control and Prevention] scientists, and we want to see every titbit of data ourselves, and that’s not the situation we’re in right now. We are in more of a waiting mode, waiting to see what our colleagues from China are releasing.”

Nobody is sure of the virus’s origin – some have speculated that eating various species of animal has transmitted the illness to humans.

President Trump remained calm and stated that the U.S. has a plan to deal with the disease. He said, “We do have a plan and we think it is going to be handled very well. We’ve already handled it very well.”

Unfortunately, the coronavirus has hit China during the Spring Festival holiday – also known as Chinese New Year. Just like Thanksgiving or Christmas in the U.S., this is a time when people travel to visit their families. Most people have a week off work or school. All this travel around China may have aided the spread of the coronavirus, and the government has extended the holiday by two days in the hopes of slowing down the disease.

Despite all this, people around the world are still celebrating the new lunar year and the arrival of the Year of the Rat. The Lunar calendar is still observed across much of Asia. Unlike the Western Gregorian calendar which operates according to the sun, the Lunar Calendar is based on the cycles of the moon. The new year’s cycle typically starts on the first new moon of the calendar and ends on the first full moon of the year, around two weeks later. The Chinese tradition is based around 12 animals and each year is associated with an animal, in a cycle that repeats every 12 years: Rat, Ox, Tiger, Rabbit, Dragon, Snake, Horse, Goat, Monkey, Rooster, Dog and Pig. 2020 is the Year of the Rat.

The Chinese zodiac suggests that those born in the Year of the Rat are optimistic, creative, adaptable, energetic, and well-liked by their peers. However, they may be stubborn. According to Chinesenewyear.net, “Rats are clever, quick thinkers; successful, but content with living a quiet and peaceful life.”

Other recent years of the rat were 1996 and 2008, while 2019 was the Year of the Pig. What Chinese zodiac animal were you born under – and do you think it reflects your personality? This ancient system of horoscopes is still influential in modern Chinese thought – do you think there is any place for astrology in our scientific age, or is it mere superstition?