Finding the Facts on Midterm Elections

The country’s direction will depend on which party wins a majority. Midterms occur halfway through a president’s four-year term. These elections don’t have anything to do with choosing a president – they focus on voting for members of Congress, as well as state and local officials, like governors.

All 435 seats in the House of Representatives, plus 35 of the 100 Senate seats, are on the ballot. Additionally, 36 out of 50 states will elect governors this year. Once the dust settles, the country’s direction will be decided based on which party wins a majority in Congress.

Midterms also test voters’ attitudes about the nation’s leadership. While the president and vice president are not up for election, the midterm results can measure public opinion on how they and their party are doing.

Currently, the Democratic Party has a majority in Congress. It has 220 seats in the House of Representatives, while the Republican Party has 212. The Senate is split 50-50, but Vice President Kamala Harris has the tie-breaking vote, giving Democrats the advantage. 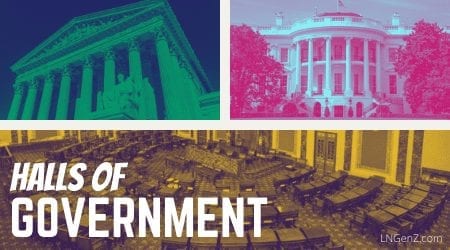 Democrats now have control of the White House and both chambers of Congress. Will this change after the midterms, or will they keep that power?

All representatives in the House must run for re-election every midterm election. They serve two-year terms, which means every representative has to face the voters every two years. This happens at the same time as a presidential election and also during the midterms.

The Senate is a little different because senators serve six-year terms. Each state has two seats in the Senate. Before 1914, state lawmakers appointed the two choices, but that changed with an amendment to the US Constitution. The 17th Amendment determined that the people would elect their senators. Part of the amendment said that no state should have two Senate seats up for grabs at the same time. To deal with this, senators go up for election in different years. Every two years, about one-third of Senate seats face a vote. Staggering the terms like this helps protect the government from a sudden, drastic change.

Throughout recent history, midterm elections have spelled doom for whatever political party controls the White House. It’s a pattern that goes back to the Civil War era – the president’s party often loses seats during the midterms, while the other party gains them. Since the mid-1940s, the sitting president’s political party has lost an average of 26 seats in the House of Representatives and four seats in the Senate.

Only about 40% of registered voters participate in midterm elections, compared to 60% who vote during a presidential year. Even so, the midterms are useful in determining what issues are most concerning to Americans – this time, surveys show that voters see the economy as a high priority.