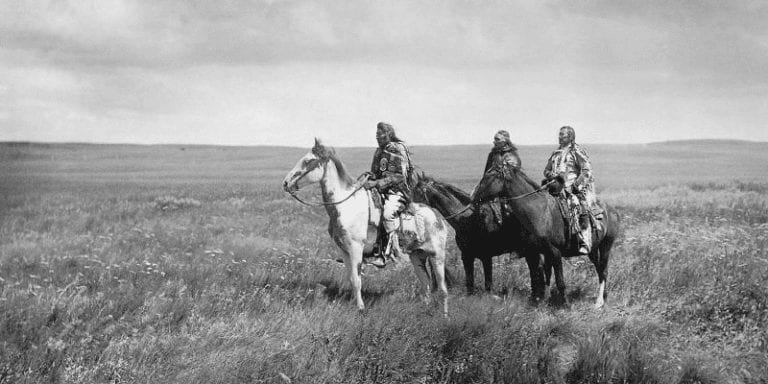 How far back can you trace your family? Most of us can trace our roots for at least a couple of generations, but one Montana man can trace his much further. In fact, his DNA is the oldest in North America!

Darrell “Dusty” Crawford, a member of the Blackfeet Native American tribe, had always been told that his people came to the area via a land bridge in Siberia thousands of years ago. Members of the tribe, however, told a different story. Shelly Eli, an instructor at Blackfeet Community College, said, “We’ve always been here since time immemorial. There’s no oral stories that say we crossed a bridge or anything else.”

And she was right, at least in Dusty’s case. A DNA ancestry test traced his family back an incredible 17,000 years – that’s 55 generations! But that’s not all. The results also showed that his lineage was actually older than the land bridge that connected Siberia to Alaska. This means that his ancestors probably came by boat instead, and from the Pacific Islands, not Siberia. In fact, in Peru, remains were found that had the same haplogroup DNA as Dusty’s, which means his ancestors can be traced directly back to Peru and across the Pacific Ocean. CRI Genetics is the group that conducted Dusty’s test and one of the checks it did was on the maternal side, looking at his mitochondrial DNA genetic material which is passed down strictly through mothers. It discovered that he belonged to haplotype B2 group, which came from Arizona approximately 17,000 years ago.

Most people are not “pure blood” of any nationality. For millennia people have been marrying and having children with spouses of different races. A Caucasian person could have numerous heritages in his or her background including English, Scottish, German, French, or Scandinavian. Many Hispanics can trace Native American ancestry in their family lines. The same is true for Dusty. Although his lineage goes back thousands of years, he is not 100% Blackfeet. The test confirmed that 83% of his DNA matched up with Native Americans, about 10% lined up with Europeans, approximately 5% are East Asian, 2% South Asian, and not quite 1% African.