What is Auld Lang Syne about, anyway? There are a lot of Christmas carols, but there’s only one New Year’s song: “Auld Lang Syne.” This song was written hundreds of years ago and is often called the song that nobody knows – because while most people know the tune and the title, they never learn most of the lyrics. So how did singing this old Scottish ballad become a New Year tradition?

The title translates literally to “old long since,” but a more modern way of saying it would be “since long ago” or “for old times’ sake.” The song is about remembering adventures with an old friend. As Dr. Pauline Mackay of the University of Glasgow wrote for the BBC, “‘Auld Lang Syne’ is an extremely nostalgic and sincere expression of friendship.”

The Story Of “Auld Lang Syne” “Auld Lang Syne” was first written down by Robert Burns, an 18th-century Scottish poet. Known for writing in the Scots language as well as English, Burns promoted his native culture through novels and poems. “Auld Lang Syne” was not an original piece of his, but an old song that he transcribed as part of his work collecting the folk songs of Scotland.

Similar phrases date back to 1568, in the anonymous ballad “Auld Kyndnes foryett.” They also appear throughout the 1700s. Burns’ version became the popular one, and he first recorded the song in 1788. He wrote in a letter to friend called Mrs. Frances Anna Dunlop in December of that year:

“Is not the Scotch phrase Auld lang syne exceedingly expressive? There is an old song and tune which has often thrilled through my soul. You know I am an enthusiast in old Scotch songs … [praise] the heaven-inspired poet who composed this glorious fragment!”

Burns sent the song to music publisher James Johnson, to be included in the Scots Musical Museum compilation. He described it as “an old song, of the olden times, and which has never been in print, nor even in manuscript until I took it down from an old man.” The tune we know today is a bit of a mystery, since it is different from the one published by Johnson. The modern version of the melody appeared in a different Scottish musical collection, published in 1799. The music already existed, but this was first time it was paired with Burns’ lyrics

“Auld Lang Syne” was a huge success in Scotland. It became part of Hogmanay, the country’s New Year’s Eve celebration. The song’s popularity spread through Britain and, eventually, to America. Burns himself became a Scottish icon. He was voted by Scotland’s STV audience in 2009 to be the greatest Scot of all time. January 25 is celebrated as Burns Night. 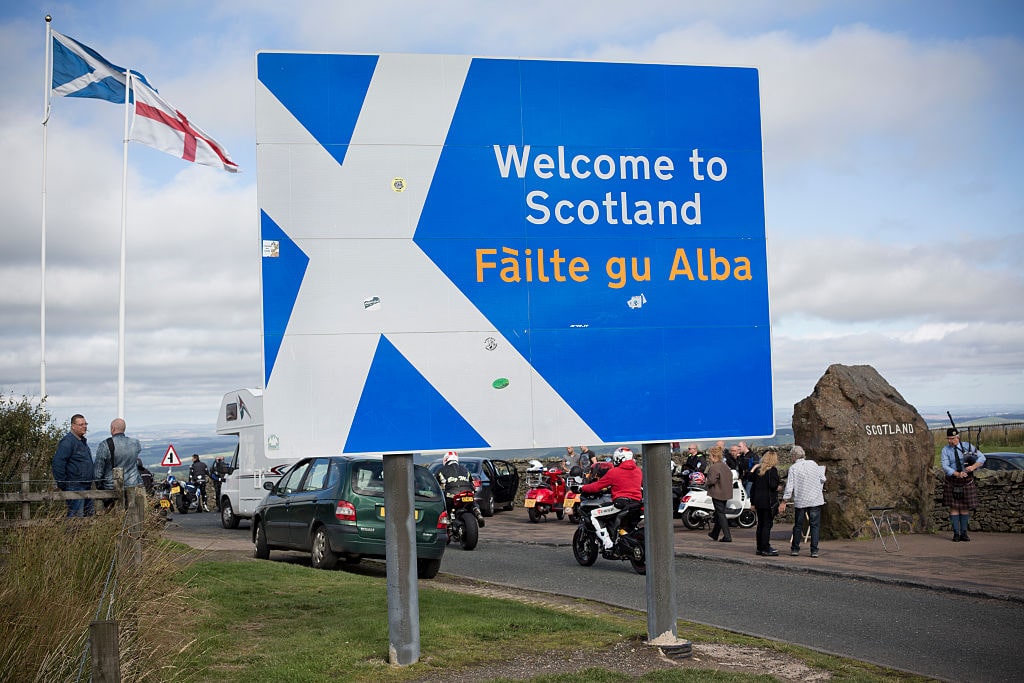 A sign with both English and Scots Gaelic writing. (Photo by Colin McPherson/Corbis via Getty Images)

The original Auld Lang Syne was written in the Scots language, and so most modern English-speakers probably can’t make much sense of it. Take the third verse, which goes:

We twa hae run about the braes,

and pou’d the gowans fine;

We can have a go at guessing what it means, but not many people would get the translation exactly right. Translations vary, but let us read the complete Burns poem/song in English (mostly): Should auld acquaintance be forgot,

and never brought to mind?

Should auld acquaintance be forgot,

For auld lang syne, my dear,

we’ll take a cup of kindness yet, 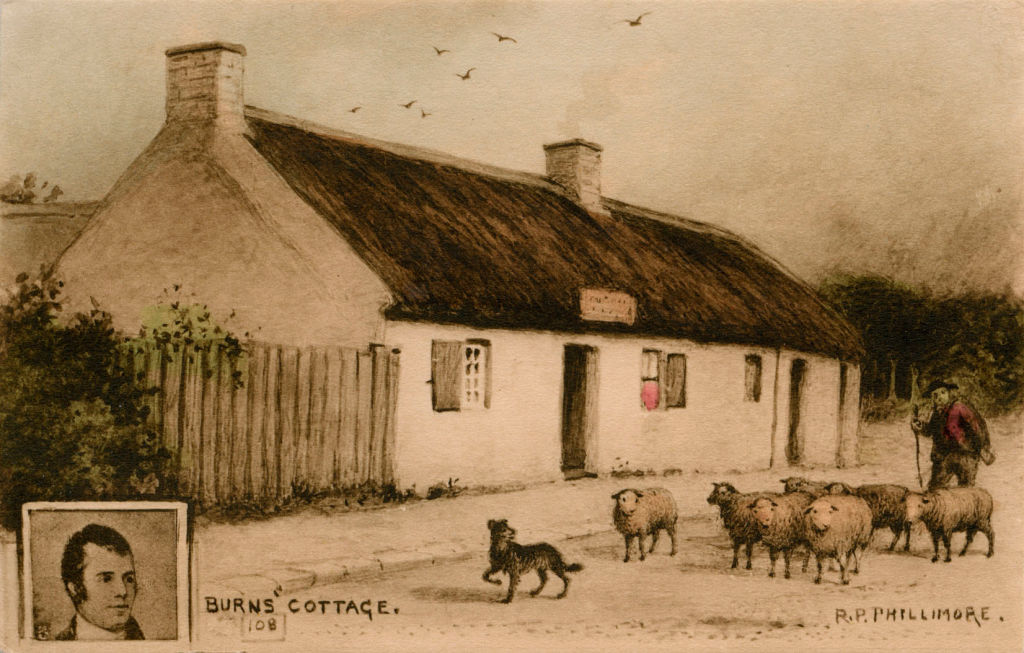 and surely I’ll buy mine!

And we’ll take a cup o’ kindness yet,

We two have run about the slopes,

and picked the daisies fine;

But we’ve wandered many a weary foot, We two have paddled in the stream,

from morning sun till dine;

But seas between us broad have roared

And there’s a hand my trusty friend!

And give me a hand o’ thine!