This Week in History: February 27-March 5

JFK establishes the Peace Corps and the Boston Massacre paves the way for Revolution. John F. Kennedy, who was a senator at the time, wanted to find a way to bridge cultural gaps between the American people and other nations. At 2 a.m. on October 14, 1960, he tested the waters during a presidential campaign. He spoke to 10,000 students at the University of Michigan in Ann Arbor and asked the crowd:

A petition signed by 1,000 students showed an interest in JFK’s project and so, two weeks later, on November 2, 1960, he again proposed the idea during a speech at the Cow Palace in San Francisco, California. This time, he had even greater response with more than 25,000 letters from those in favor. The idea behind the Peace Corps was to send volunteers to other countries to help with a variety of needs and concerns such as medical aid, food support, building homes and communities, and so on.

After being elected president, Kennedy established the Peace Corps on March 1, 1961. Tanganyika, which is present-day Tanzania, and Ghana were the first nations to participate in his program.

There are certain requirements countries must meet to join the program:

The Peace Corps has changed quite a bit since the 1960s, but it still follows its original goals. Those are, according to the JFK Library:

Since its beginning, “more than 240,000 Americans of all ages have served in 142 countries worldwide.” 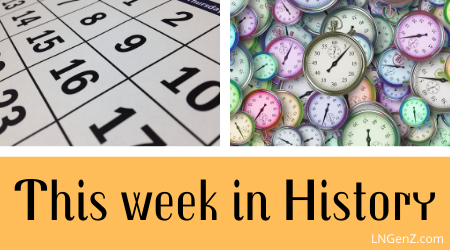 The Boston Massacre was a major event in the lead-up to the Revolutionary War, and it showed the tensions between the British and the American colonists.

During this time, more than 2,000 British soldiers occupied the city of Boston, which had about 16,000 colonists living there. The British tried to enforce tax laws such as the Stamp Act, but the American colonists rebelled. Fights were common between those who wanted freedom from British rule and others who were loyal to the crown.

On March 5, a lone British officer guarding the king’s money was harassed by some colonists. It turned into a street brawl, and then escalated from there. A British soldier fired into the crowd, and other soldiers followed his example. The event ended with five dead and six injured.

The incident was called a massacre by the colonists, and it was one of the events that led to the American Revolution. John Adams, a future president of the United States, defended the soldiers in court; some were acquitted, while others were found guilty. Adams wrote that the “foundation of American independence was laid” on March 5, 1770. February 27, 1951: The 22nd Amendment was ratified. This limited the president to two terms or no more than ten years in office.

February 28, 1844: President John Tyler barely missed being killed during a demonstration as one of the guns aboard the USS Princeton exploded. Several top government officials were killed in the explosion.

February 28, 1994: NATO conducted its first combat action when four Bosnian Serb jets were shot down in a no-fly zone by American fighters.

March 1, 1781: The Articles of Confederation, the first constitution of the United States, went into effect. It was replaced by the Constitution on March 4, 1789.

March 3, 1913: A women’s suffrage march of about 5,000 women in Washington D.C. was attacked by the crowd while the police just stood by. It was the day before President Woodrow Wilson’s inauguration.

March 4, 1681: King Charles II of England gave a large piece of land in the New World to William Penn to settle a debt. That land became Pennsylvania.

March 4, 1789: In New York City, the first meeting of the new Congress under the new Constitution took place.

March 4, 1933: Franklin D. Roosevelt (FDR) took office as president and gave his first inaugural address with the famous saying “Let me assert my firm belief that the only thing we have to fear is fear itself.”

March 5, 1946: Winston Churchill delivered the “Iron Curtain” speech to describe the boundary in Europe between free countries and those under Soviet Russia’s control. Henry Wadsworth Longfellow (February 27, 1807) was born in Portland, Maine. He was a poet best known for Paul Revere’s Ride and The Song of Hiawatha.

George Pullman (March 3, 1831) was born in Brocton, New York. Pullman was a railroad car builder and improved sleeping conditions on trains with inventions such as the folding upper and lower beds.

Alexander Graham Bell (March 3, 1847) was born in Edinburgh, Scotland. This inventor created the first vibrating mechanism that later developed into the telephone. His first message was to his assistant. “Mister Watson, come here, I want you,” he summoned.

“Those who don’t know history are destined to repeat it.” ~ Edmund Burke