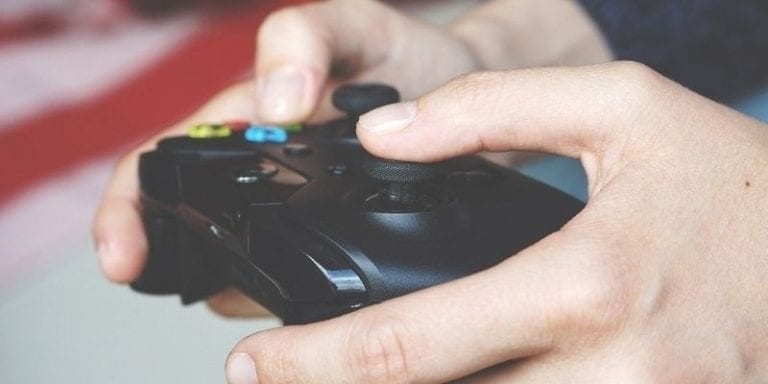 How much time do you spend gaming each day? Each week? Have you found yourself playing more video games now since the coronavirus pandemic caused folks to stay at home? And finally, how often have you heard that spending too much time gaming is bad for your mental health? Well, a new study shows that videogames might not be so bad after all.

Different games can offer separate benefits. For example, Tetris can produce a calming effect on players as they work on their abilities to concentrate on fitting shapes and sizes together. In other games, interactions with the characters and storylines can sometimes be much more engaging than watching films since the player is actually involved in the creation and process and has the ability to change the outcome.

Professor Andrew Przbylski, Director of Research at the Oxford Internet Institute, said, “Our findings show video games aren’t necessarily bad for your health; there are other psychological factors which have a significant effect on a persons’ well-being. In fact, play can be an activity that relates positively to people’s mental health—and regulating video games could withhold those benefits from players.”

While it probably isn’t a good idea to sit in front of a computer or television playing Plants vs Zombies all day, at least there may be some good news for gamers, and their mental health, especially during a pandemic lockdown.

It’s almost time for Thanksgiving, but this year is probably going to bring one of the strangest holiday seasons you’ve experienced. Due to a recent surge in coronavirus infections, many state officials have decided to bring back lockdown orders.

In Washington, Governor Jay Inslee brought the state back to the phase of closed restaurants – except for outdoor dining – and gatherings of no more than ten people. The state official suggested that families not even get together to celebrate the day of giving thanks unless they already live in the same household. California’s governor, Gavin Newsom, took a different approach with list of dos and don’ts for the Golden State’s residents. Families celebrating the holiday are asked to have no more than two households together. Gatherings should be outside if possible. If indoors, it is recommended that individuals maintain social distancing and windows are opened to allow for more ventilation.

Most states are also asking people not to travel out of the area, and some states are even placing either mandatory or voluntary 14-day quarantines when traveling into another state. No one can predict how long COVID is going to keep Americans under such restrictions, but some hope that a new vaccination may put an end to the lockdowns and closures. Others are also hopeful that as we continue to learn more about the virus and treatments that work, that will also reduce the risk of severe illness or death.

For millions of years, the dinosaurs ruled the Earth. Some scientists suggest that dinosaurs were already headed towards extinction when the asteroid hit 66 million years ago, but others disagree. Researchers from the United Kingdom’s University of Bath have published a study that suggests dinosaurs were still doing really well. Joe Bonsor is a PhD student at London’s Natural History Museum as well as the Milner Centre for Evolution at Bath. He explained, “If the asteroid impact had never happened then they might not have died out and they would have continued after the Cretaceous.”

Dinosaurs were here for more than 150 million years. During that time, they continued to evolve into very different creatures. Experts claim it was this diversity of size, body armor, teeth, and feathers that allowed them to survive for so long. “The main point of what we are saying is that we don’t really have enough data to know either way what would have happened to the dinosaurs,” Bonsor said. “Instead we’ve shown that there is no strong evidence for them dying out, and that the only way to know for sure is to fill in the gaps in the fossil record.”

If that asteroid had never hit all those millions of years ago, what would have happened to mankind? Remembering the events in Jurassic Park might just give some insight.