What has caused the drastic increase in the cost of gasoline? 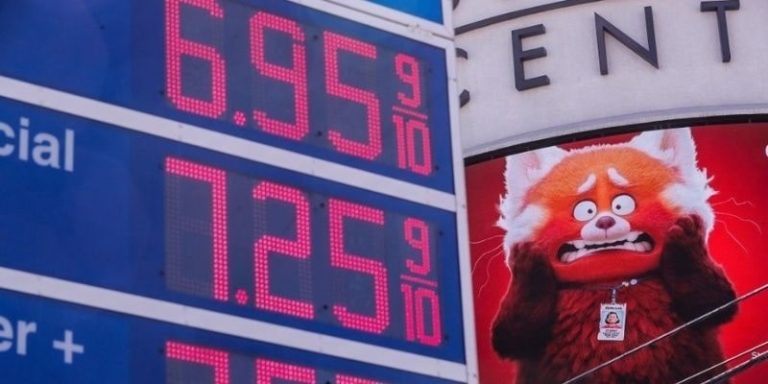 A couple of dollars per gallon may not seem like much of a difference, but it adds up when you have to fill a whole tank with fuel. Not only is it getting more expensive to drive a car, but the rising price of fuel could impact other areas of life, as it gets more costly to transport food and other items.

Why has the price of gas risen so suddenly? Gasoline is made from refining crude oil that comes out of the ground, so the price of gas depends on what’s going on with oil.

One of the reasons fuel has gotten so expensive over the last few weeks is the war between Russia and Ukraine.

Russia mines lots of fossil fuel, including natural gas, coal, and oil. It sells these to other countries, especially in Europe.  The United States only buys about one-tenth of its oil from Russia. Or it did, until recently.

When the Ukraine/Russia war began, prices began to rise amid fears the supply of Russian resources would be shut off. President Joe Biden declared the US would no longer buy Russian oil. He hoped the move would damage the Russian economy.

The president admitted the ban would increase the price of gas in the United States, since there wouldn’t be as much of the fuel to go around. He labeled the problem “Putin’s price hike,” after the Russian president, who he says is to blame.

The rise in fuel prices didn’t begin with the Russia conflict, though. The problem has been getting worse for a while.

COVID and the Supply Chain Crisis Another reason is the supply chain crisis caused by the COVID-19 pandemic. At the beginning of the pandemic, factories, businesses, and travel around the world were forced to shut down. This meant there weren’t as many customers buying coal, gas, or oil to fuel their activities. Energy companies stopped producing as much, since there weren’t many customers.

The need for fuel increased as things opened again. This caused a sudden rise in demand. The sudden change caused prices to go up, since energy companies didn’t have much ready to sell. It can be risky relying on other countries for oil and other fuels. Since the modern world relies so much on these resources, countries that control the oil supply have a lot of power.

Since 1953, the US had to buy its fuel from overseas. In 2020, the United States became energy independent, meaning it was self-reliant and able to get all its oil from its own land. In fact, it became the world’s biggest producer of oil.

However, soon after Joe Biden became president in 2021, he made laws that limited American companies producing oil. The reason for this decision was that fossil fuels create pollution, and mining can hurt the local environment. Some things President Biden’s government did to limit America’s fuel production are: With American oil companies limited, the country has been trying to buy resources from overseas. This can drive up the price, as other countries control the supply. It also adds extra costs like transport.

There are lots of environmental concerns when it comes to fossil fuels. On the other hand, people need these fuels to live in the modern world. They are used in nearly every area of life, such as making products in factories, growing food, heating a home, or driving a car. When prices increase so drastically, people can struggle to pay for their basic needs.