The Guard is used to protect citizens in many ways – and it has been around a lot longer than you might think.

The National Guard has been in the news a lot over the last 18 months, especially after the riots that occurred after George Floyd died in police custody. It doesn’t happen often, but if the president of the United States thinks an event is very dangerous to the public, he or she can send in the National Guard. The Guard has been called in by a president 12 times after the 1952 Armed Forces Reserve Act was made.

Every day, 2,000 to 4,000 National Guard men and women are on duty, and they live up to their motto of “Always Ready, Always There” at a moment’s notice. After hurricanes hit the southeast coast, the National Guard was called in. The storms hit hardest in New Orleans, Louisiana, and Mississippi. Over 50,000 Army and Air Guard members responded. 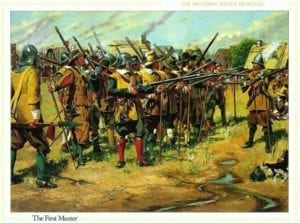 The National Guard has a long history of protecting the United States. It might not seem possible, but the Guard has been active for 384 years.