Can Science Beat the Coronavirus?

The Coronavirus is spreading around the world – but it isn’t moving as fast as past sicknesses have. Even though the world’s population is bigger and people travel more than in the past, pandemics don’t spread as much as they used to. A pandemic is a disease that spreads across the whole world.

In the past, people has much less information about diseases. For example, the bubonic plague in the 14th century was known as the Black Death. It was a deadly illness that spread over most of Europe. Today, we know the disease was spread by rats, but nobody knew that at the time of the Black Death.

Today, there are just as many lethal viruses, but their impact is much smaller.

Many things influence the spread of diseases, but information speed is important. When information travels faster than the virus, the pandemic can’t spread as much. 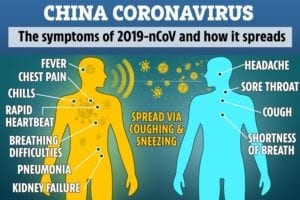 When China had an outbreak of a disease called SARS on Nov. 16, 2002, the information was hidden by the government. This meant that people didn’t know know about the disease until it was too late. The virus had spread all over the world before even knew it existed.

With the Coronavirus, Chinese authorities reacted more quickly, learning the lesson from SARS and other epidemics.

It is mostly under control outside China. Since countries all over the world are taking safety measures and reacting swiftly to new cases, there may not be a pandemic.